FANCY 2018 mare by The great Trashedeous

This is a high quality girl just starting her career. She is a stout 14 hands and is rope broke, trail rides, and has no fear. No buck or silliness ever, and so fun on a cow.

What a tremendous broodmare this horse can be. Before that though, she has so much left to do! Daphne has won money at every show she attended. With limited showing she has a reserve champion derby win, multiple hackamore class wins and ranch horse wins. Ride her in snaffle, hackamore, or one handed in the bridle.

Fancy mare by one of the greats, Trashedeous. Trashadeous is remembered as a gritty competitor in the reining pen, NRHA Hall of Fame inductee and influential sire. The double-registered stallion found several victories with his fellow NRHA Hall of Famer, Bill Horn, in the saddle. “He was pretty wild,” Horn said. “And he could do so darn much, I think he scared himself. He was not hard to train, but he was so explosive the challenge was getting it all under control.”

Out of Glendas a Smokingun, money-earning daughter of $10 Million Sire, Gunner. She has produced multiple money earners totaling over $272,000 including the amazing, Smoking Whiz!. This also makes her a 3/4 sibling to Gunnatrashya who as we all know has one of the biggest sires in NRHA and coming up big in the Cow horse as well.

She could easily go to a straight reining show as well. NRHA and NRBC Nominated. Daphne is 100% sound, great manners, barefoot up front, easy to manage and very kind. 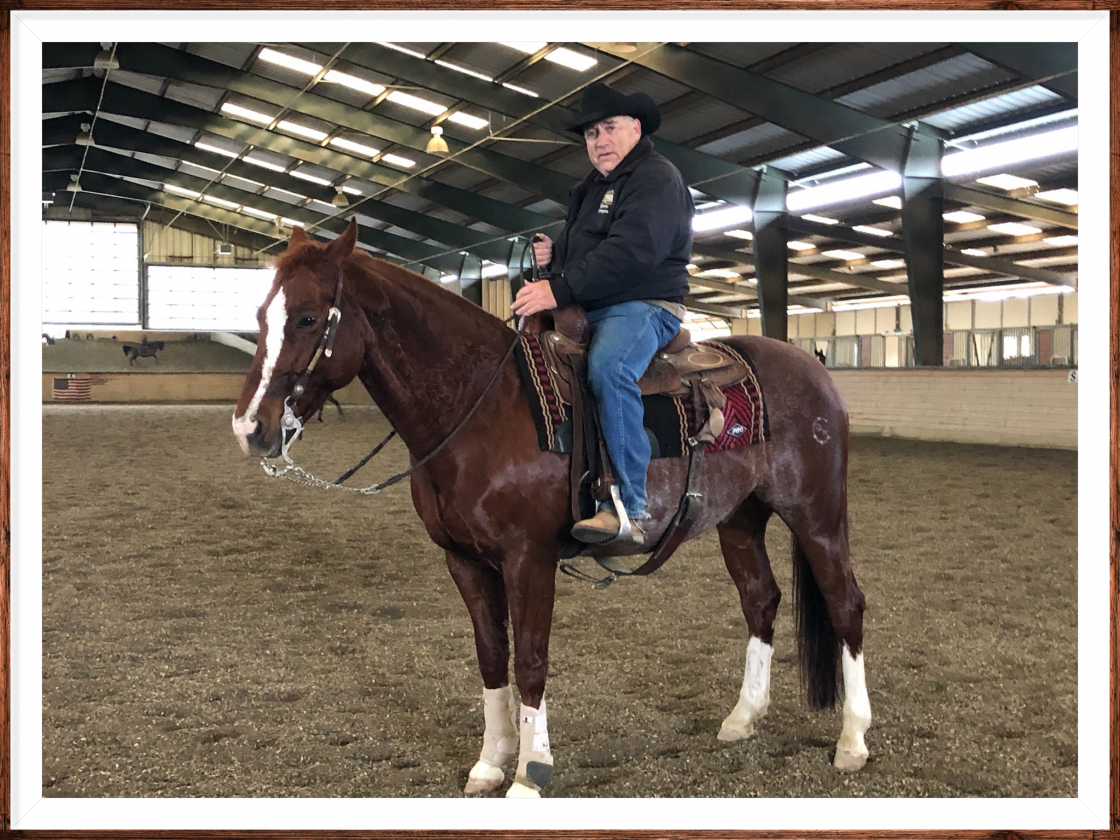